House was added to your bookmarks. 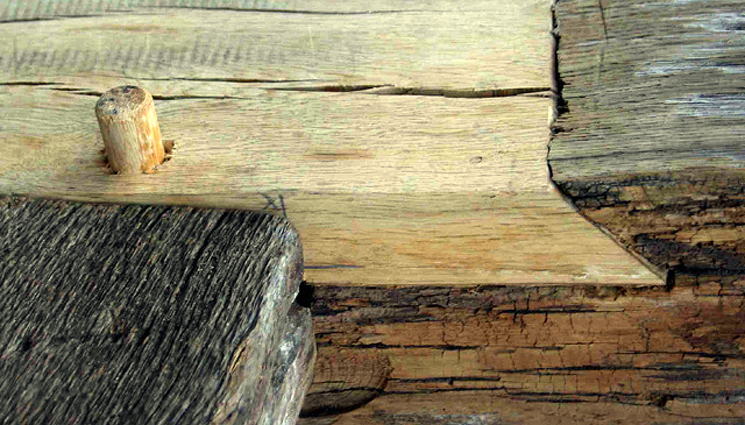 Preservation of sites of historic interest

This old Fachwerk House can be found in Engensen near a historic farmstead.

Here an Altenteilerhaus (the house on a farm were elderly people live) from 1750 was carefully disassembled.

The old stones and other intact materials were preserved and used in the restoration process.

The old facades were rebuilt true to original in accordance with guidelines for monument protection. The footprint remained almost the same.

A brick addition and a few dormers were added to enhance the inside space.

Along with the historically correct restoration, this house offers a modern living standard and an up to date floor plan.

This approximately 150 year old baking house is getting rebuilt.

The damaged wooden parts are reconstructed true to the original.

This relocated “Dreiständerhaus“ from 1699 is the new home for the Historical Preservation Association of Wettmar.

Working from the only remaining photo of the gable, this Zweistanderhaus, originally built in 1732 in Bissendorf, was pieced together like a puzzle.

Restoration of an old farmstead in Darum, Osnabrück.

In Dammendorf near Halle this facade was decorated with Fachwerk elements.

Fachwerk construction was hidden behind a facade in this plain hotel entryway.

A new facade was developed using exact measurements of the existing wooden parts and windows.

The relevant wooden parts were completed and a new entry pavilion was built.

A duplex in Burgwedel

During this Fachwerk restoration the old wall of the duplex was braced and the load factor was taken off the structure.

The damaged lower beams and posts were disassembled and the remaining intact parts were extended to complete the original design.

The restored Fachwerk was filled in with antique bricks.

In Suderbruch a Kötterhaus (peasant’s house) from the 19th century was restored.

The structure, which is protected under historical preservation law, was preserved by exchanging the top and sill plates along with the roof construction.

The engraved inscription on the main gate header was carefully restored by hand and installed above the veranda door.

Decorative Fachwerk elements and wooden ornaments were rebuilt true to the original.

Historically correct, the two-winged windows and window element doors open to the outside.

In Wennebostel we restored a classic Altenteilerhaus from the year 1827.

Without changing the look of the outside facade we renewed the entire interior, the addition and the roof.

Load-bearing posts and walls were replaced and damaged wood parts were exchanged.

The result is a stylish single family Fachwerk house with 88qm living space on the ground floor and 65qm upstairs.